An authorized trade union association is a public administrative institution. It allows all the owners of properties who want to carry out works on the site of the Bois de Cise. The creation of the ASA has been authorized by a prefectural decree on September 27th, 1937. Its purpose is to preserve and embellish the site which is located on the territories of the villages of AULT and SAINT-QUENTIN-LA-MOTTE. It aims at encouraging a reasoned management of the wooded cover and a protection of the wooded and architectural patrimony.

The perimeter of the ASA corresponds to the plan of subdivision originally drawn up by M. THEULOT and deposited on 31st January 1905. 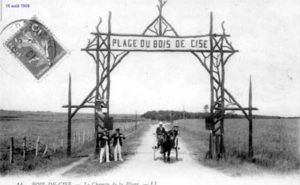 Any owner of built or unbuilt land, within the perimeter defined above, is a member of the association. It  has therefore to pay a trade union tax and must respect the specifications.